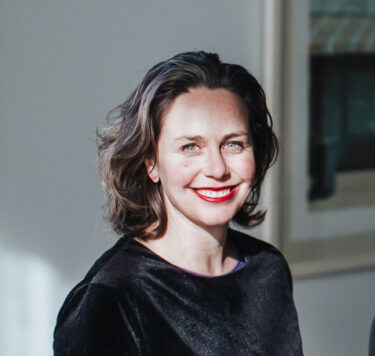 Tahli Corin is co-director of Threshold. Based in Kyneton Victoria, Threshold creates theatrical experiences that provide prompts for deeper connection, physical closeness and to help people to find the poetic or the playful in milestone moments.

Tahli has worked as a playwright, dramaturg producer and director across dance, opera and theatre for almost 20 years.

Her debut play Bumming With Jane premiered as part of the 2008 B Sharp season at Belvoir, Sydney and consequently won the 2009 Philip Parsons Young Playwright’s Award. Her second play, One for the Ugly Girls was performed in Sydney, Melbourne and Adelaide where it was awarded a Fringe Weekly Award and the Critics Choice Award.

For Sydney Theatre Company, Tahli wrote The Arcade, which waspresented as part of Money Shots, and Girl In Tan Boots which was developed through the Company’s Rough Draft program before being presented as part of the Griffin Independent Season in 2013, and at The Basement (NZ) in 2014.