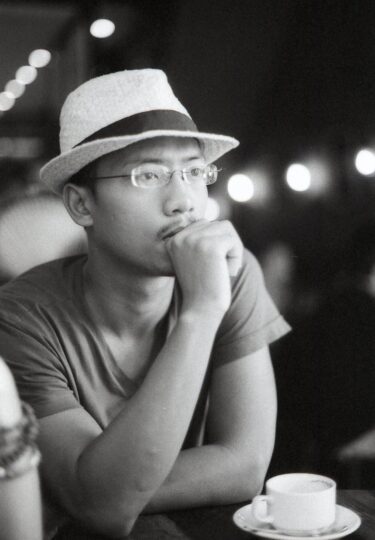 Kim Hak was born two years after the fall of the Khmer Rouge regime in 1981 and he grew up listening to his parent’s memories of that time. Now, he uses his art practice to raise awareness of this country’s past – to remember, reclaim and reinterpret Cambodian social history from before, during and after the Khmer Rouge era.

Hak’s work has explored a number of themes related to the cultural fabric of Cambodia, including survivor stories, the funeral of King Sihanouk, architectural documentation and also the wider changing landscape of his homeland. From January through March 2020 Hak spent time in Japan thanks to a Japan Foundation grant working on a new chapter. He collaborated with Cambodian immigrants, mainly residents of Kanagawa and Saitama, to create 40 new photographic works that form the fourth chapter of his ‘Alive’ series.

Hak has exhibited extensively throughout Asia, Oceania, Europe, Canada and the United States of America. His work has featured internationally at art and photography festivals and has been published in a number of prominent photography journals.