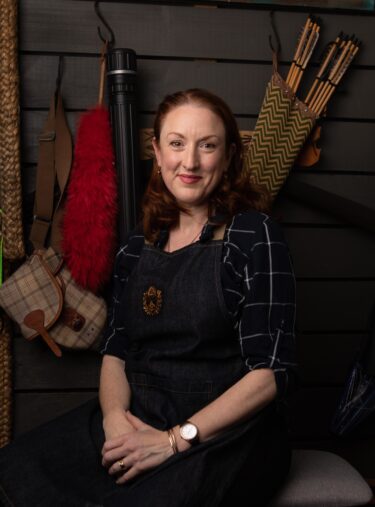 Joanna Gair is a gallery director and visual artist living in Northwest Tasmania. Since 2012 she has managed the University of Tasmania's Cradle Coast campus’s art programs, as part of her role as the Arts and Public Programs Coordinator. In 2016 Gair established the Makers’ Space Gallery, she oversees this, as well as the campus' exhibitions program and, until June 2021 the University’s Makers’ Program which supported Tasmanian artists and craftspeople to develop entrepreneurial and community engagement outcomes, as part of a dynamic community and cultural tourism initiative.

In October 2020, Joanna Gair was selected as the official artist for the Burnie Shines Festival, and she presented 20-year retrospective of her paper sculpture at the Burnie Regional Gallery, The Space Within. Prior to this, Joanna was the Business Manager and Creative Director at Creative Paper Tasmania, Australia’s largest handmade paper mill. In 2006, whilst in this role Gair was awarded the Tasmanian Premier’s Award for services to the Tasmanian Tourism industry. Gair has worked as a professional hand papermaker since 1999, she is best known for inventing environmentally sound paper ranges, including Roo Poo Paper, for which she received several business awards. In 2010 Gair was awarded the Craft Arts International Award for Artistic Excellence.