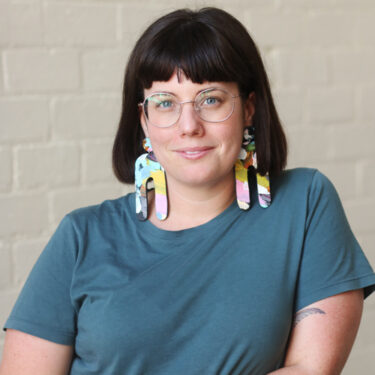 Gemma is a regional arts and culture enthusiast. She started her journey in the arts at Perth Theatre Company in 2008, moving to Regional Arts WA in 2010, where she has held various positions in operations, marketing, funding, and project management.

A former panellist for the Propel Youth Arts WA’s Drug Aware YCulture Metro grant and the Department of Culture and the Arts grants for four years, she also sat on the 2014 National Youth Week KickstART Festival panel and was the volunteer Marketing Coordinator at TEDxPerth in 2015.

In a move that took her outside of the state, Gemma spent two years living and working in the small regional Japanese town of Sasayama in Hyogo prefecture. Following this adventure, she returned to Perth in 2018 and took up a role at Georgia Malone Consulting, where she worked on the Perth International Jazz Festival, Fairbridge Festival and the Performing Arts WA Awards. Gemma is Secretary of the Japan Exchange and Teaching (JET) Alumni Association and loves to spend time camping, reading, and crafting.

Gemma is now back at Regional Arts WA managing the Regional Arts Network initiative, Creative Leadership Program and Roundtable programs. She loves working closely with regional creatives and connecting them with each other and opportunities across the state.