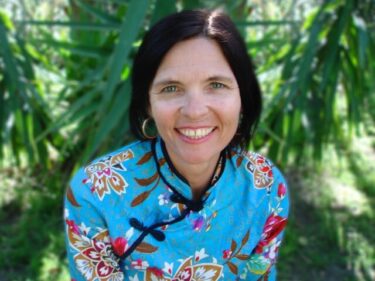 Tania Lieman is a Darwin director/actor/writer/producer/animateur with over 35 year’s experience and has multi awards for her work in community cultural development and disability arts.

She is the Creative Producer of Cementworx Theatre Program at Darwin Community Arts Inc for the last 7 years.

She specialises in physical devised theatre working in collaborative processes with artists and participants.

Tania is the former artistic director of Darwin theatre Company (2000-2004) where she conceived and produced numerous original works including Tin Hotel, To The Inland Sea, as well as directing mainstage productions including Who’s Afraid of Virginia Woolf, and Cloudstreet. She has worked for numerous Northern Territory arts organisations as both a performer and artsworker/artist in residence including DTC, Tracks Dance, Corrugated Iron Youth Arts, Ausdance, Artback and Darwin Entertainment Centre.

Tania is a cultural development worker, and has worked in remote and regional communities as an artist in residence including Groote Eylandt, Santa Teresa, Yirrkala, and Tiwi Islands. She co-directed Business UnUsual with Nicloa Fearn from 1998-2000. Tania is current company member of Royal National Theatre of Jingili (RNTJ).